Discussion: What you see isn’t always what you get. Take the sweet young thing who hit me up a few months ago. A fan of my best-selling book, 100 Deadly Skills, she asked for security tips. From there it got intense quick. But as a retired Navy SEAL, my Spidey-sense was tingling pretty much from the first.

You can do it all online now. Make friends, conduct business, heck, even mate without ever pressing flesh. Some of it’s legit, but a whole helluva lot of people out there want to scam you. They aren’t anything like the image they create online. How can you tell who’s legit and who’s not? Catfishing with Helen: Take my friend Helen. She came on as a real innocent. Gave me a tear-jerker of a sob-story. She’d been attacked by a homicidal maniac several years ago. He’d stabbed her six times and sodomized her. Now she was frightened. She’d purchased my book and been impressed with my common-sense recommendations on how to keep safe. “What more can I do to protect myself?” Helen asked.

Sure, I thought when I read her first electronic request. Poor girl. She had been through a lot. I replied with a few words of encouragement and a couple of suggestions. “Wasp spray. Cheap and makes a great deterrent. Legal in every state unlike mace. Aim at the assailant’s eyes. Keep a can by your nightstand and in your car.”

“Oh gosh, thanks. You’re so amazing, Clint.” Helen replied. “I work late hours sometimes because I’m a nurse in a surgical ward. It can be really scary walking to my car alone at night. Any other ideas?”  Okay, I thought, I’ll give her a couple more ideas. From there, she shared details about her life. “Helen” was the youngest of six, the only girl. She still lived in the same little town in Canada where she had been born. Helen shared more information about her attack and her attacker. Then she said, “Can I ask you a personal question?”

She wanted to know if I had a wife or girlfriend. She found me really attractive from my photos in the media. She liked how supportive I was to her. She didn’t have a boyfriend. Was still a virgin, except for what the attacker had done to her.

Okay, I thought. This is getting a little strange. Let me see where this goes. Warning bells started to go off. I play along. I replied that she was a strong woman after what had happened to her. Helen sent me photos. The first ones were of her at work or out with friends. Soon, she was sharing how she felt an immediate bond with me. Yeah, I said. I felt the same way. Within a day or so, she said she loved me. Right, I love you, too. She was sending me nudie selfies. And Twitter boob shots. We progressed to phone sex. Me, I simulated all the way. But old Helen sure didn’t sound like Sally in When Sally Met Harry.

I started to find out a little bit more about my sweet Helen. Using Google’s photo image matching program, I got a couple hits for Helen’s photos. The photo of her in her scrubs indicated the body, but not the face, most closely matched a shot from the TV show Grey’s Anatomy. Well, Katherine Heigl, the actress who played Izzie Stevens, does have a pretty hot bod. The image of Helen all hot and sweaty after her workout matched up with a young lady’s cooking and workout blog. Now she was posting in 2012 that she was MARRIED! I will spare that young woman the embarrassment of printing her name. Helen’s Twitter account was co-opted, too. It turned out later to be an account in Mexico, which still sported one of Helen’s photos, the one that paired her bare boob with an ice cold drink.

With all those red flags, I called the police dispatcher in the Canadian town Helen had said she was from. A very nice police dispatch woman took my call. No, can’t say that we have had any crimes like the one you describe in our town for the past five year. The dispatcher did me one better. She checked around to the local hospital. When she called back, she said unless it was someone calling from the local psychiatric hospital, my fair Helen was nowhere to be found.

“Do what?” she asked. She maintained she had no idea what I was talking about. Then, radio silence.

That was the last I heard from Helen.

Why did she do it? A crush? Sicko? Boredom? Compulsion to be in the spotlight? Planning to run a scam? Revenge? Who knows.

Having good situational awareness allowed me to listen to my gut. It just didn’t sound right. It was too good to be true. Beautiful young woman. Great job. Talented musician. Killer body. Falls immediately for me after a few electronic conversations. Sure, now I’ve got some land I want to sell you. Helen did talk to me, which is more than some catfish will do.

Below are some great warning tips. Because you never know who’s behind that email or text: Too good to be true: If the person you meet on social media is stunningly attractive, be especially wary. Catfish will usually use the photos of another person who is really good looking. You go for the bait and are hooked emotionally. The catfish may say they have a super career like a beauty queen, model, CIA agent or other profession that requires extensive travel. The glamour attracts you. The travel allows them to make excuses for not meeting you. You can use Google’s image photo search. Or there are new tools, like the reverse image search of SocialCatfish.com that uses image meta data and facial recognition to comb social profiles on the largest social networks.

No real contact: Be suspicious if the person is too busy to ever meet in person. Or after repeated attempts, you haven’t spoken to the person (or seen them on Skype or a web cam). They might be nothing like what their pictures portray. They might even be a totally different gender! Be wary if there are delays in sending photos. Everyone has a camera phone now. Helen did a great job of pasting “her” head on a couple bodies in the photos. But you can tell the head is slightly smaller than it should be.

New or incomplete social media profiles: This can be a tipoff although really good catfishers can go to the extend of creating “friend” profiles. Look to see if friends are tagged on Facebook. Are there under 100 friends? Unsuspecting people’s photos can still be pulled into a catfisher’s social media environment. Don’t get fooled if there is an extensive fantasy world surrounding the person. Sob-stories: A person who has been through a traumatic event, has cancer or has suffered a loss plays on your heartstrings. This serves two purposes. One, it makes you more likely to let down your defenses. When you feel guilty, you’re more willing to let inconsistencies and other things slide. Second, if the person has an excuse like cancer, you will be reluctant to push hard to meet him or her.

Inconsistencies: Write down what they say. Try to catch them in inconsistencies. Casually bring up a few pieces of information they told you a while ago. Someone should know their own personal history well enough not to make mistakes about basic facts.

Call real people to confirm: If the person offers you facts like places of employment, hometowns or other verifiable information, USE IT! Call and talk to that obliging receptionist or town clerk. And be sure to ask for the description of Jane or Johnny Doe.

Never give out financial or other personal information: Let your head control your heart. Take an online relationship at a glacial pace. You’ll be glad you did. Remember most phases of infatuation last only about two years. If it’s longer, then you probably do have real feelings for the person.

If you’re suspicious, conduct your own personal tests for the person. Make sure you’re in control. It’s probably easy for you to identify people who could gain physical access to your computer, tablets, phones, and other digital devices. It… Looking for security gifts for your family and friends? Check our list of apps and services – you’ll find something for everyone on your list. Predator: Cecilia A., Subject Matter Expert OSINT/Cybercrime’s, Department of Defense, and US Government Agencies (especially those with 3-letters) Topic: How to Counter Data…

Free Wi-Fi can be an alluring perk for workers on the road. Business travel tends to bring long hours, and anytime there’s downtime to check in with what’s going on in the world or the office or send out that long-overdue email is tempting. For the past week, Escape the Wolf along with 1.2 billion other websites, were targeted by Russian hackers utilizing a massive “bot” attack…. 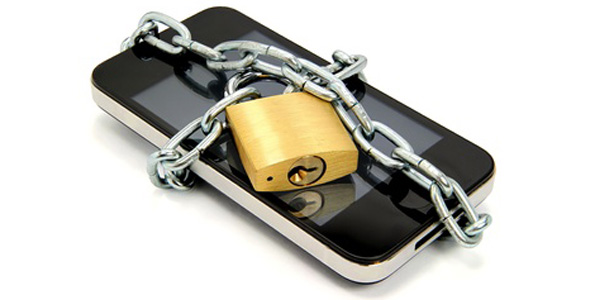